ATLANTIS IN THE BIBLE: A HOAX FROM THE PYTHON SPIRIT

Atlantis is theology, NOT archeology or history; Atlantis is Satan’s empire, do Atlantis researchers realize this?
Atlantis as archeology seems to fit the prized pet theory. But has anyone ever considered a theological approach? Atlantis as a mirrored theological construct is believed to be a bit much, irrespective of its explanatory value.
If you forget about the ruins on the seabed and take the Bible then you will discover something weird… Atlantis is a plagiate reverse version of Endtimes Babylon in Revelation 17-18.
Had the mysterious and evil “sphinx-like” python spirit in Acts 16:16 fooled us all including Plato by mirroring Endtimes Jerusalem and Babylon into an Island Atlantis that had existed in a remote past on the location of the Greek underworld in the far west? The answer is most likely, “yes”. Is Plato’s Atlantis really about a sunken Island or is there a theological rather than an archeological message in the story? Maybe Atlantis far more complex than we used to think. The serpent deceived Eve in Genesis 3; the Python Spirit in Acts 16:16 infiltrated Plato’s mind.

Is the Bible really silent on Troy and Atlantis?

If we keep looking for Plato’s Atlantis through archaeological glasses, we will never find the mysterious island. In this book, the author puts Atlantis along the Biblical yardstick, which leads to surprising conclusions. Starting with the statement that the Atlantean god Poseidon was the idol Dagon in Judges 16:23 and 1 Samuel 5. And more: Atlantis deals with complicated theology.

The reader who expects quick answers will come home from a rude awakening. A complicated idea of ​​mirrors, dualism and “tzafon” which means “north” in Psalm 48: 2 and Jeremiah 1:13 allowed Atlantis to be exposed. The terrifying Halloween Fourth Realm in Daniel 2:40, 7:19 & 7:23 is at the center of this mystery with End-time Jerusalem (Psalm 2) and Babylon (Revelation 17 & 18) as dualistic opposites. The earthquake in Revelation 16:18 is clearly the same as the one in Kritias 108 that destroyed Atlantis. In Revelation 17: 1-5 we read that rebuilt Babylon connected through the Euphrates is the queen of all the world’s seas. This sounds a lot like Atlantis. While the yet to be erected Third Temple in Jerusalem in which the Antichrist will soon place his image (Matthew 24:15) sounds like the temple of Poseidon.

How could Plato know these things and then put them together in the guise of Atlantis in a gray past in the west? In Acts 16:16, had the Python Spirit made Plato’s head run wild and mixed things up in time and place? And why is Athanasius Kircher’s Atlantis map shaped like a harp? The dualism of Atlantis is reflected in the two Pillars of Hercules and the five twin kings that form the beacons of the Atlantis Epic. What does this dualism tell us about the polarization in our time, especially in America, the continent that Plato mentioned in Timaios 25?

Or is Atlantis Jerusalem where the temple of the antichrist Poseidon will soon rise? In Daniel 9:26 and Revelation 12:15-16 we read that Jerusalem also floods in the End Times, even though the city is higher up. Or is Atlantis a complex dualistic mix of Babylon and Jerusalem as the two Pillars of Hercules were a dualistic principle?

Tarshish in Ezekiel 38:13 is pivotal in Atlantis research and is closer to home than we think. Realizing that Baal Tzafon is the Sphinx in Exodus 14: 2, the true route of the Exodus is revealed and placed in the context of Atlantis.

Leon Elshout (1964) wrote with his groundbreaking Atlantis book a classic in the spirit of The City Of God by Aurelius Augustine. He makes side steps to both Auschwitz and Mars where, in the latter case, a curious post-apocalyptic civilization stares right into the eye of the Mars Rover camera! Leon subscribes to the doctrine of the Reconciliation that teaches that all people are saved by the blood of Christ in a set order, starting with the believers. The unbelievers and possibly also the animals are judged after their resurrection and still saved. The mysterious eonian times in the Bible further turn our sustainability thinking upside down. And is the End Time finally really around the corner? If we do not count from the birth of Jesus but from His baptism in the Jordan, the End Times is closer than we think. The Abrahamic peace accords in the Middle East are, according to Revelation 6: 2, the prelude to the End Times and also give shape to the real Atlantis. Romans 13:11 echoes through this book: we live in a capitalist hell, but Jesus is coming back soon and salvation is near. Wake up…

ATLANTIS WAS LARGER THAN ASIA MINOR AND LIBYA TOGETHER, CRITIAS 108.

This fits the description of Daniel’s final and fourth world empire that will rise in the Middle East with Babylon as it’s capital.

Then I would know the truth of the fourth beast, which was diverse from all the others, exceeding dreadful, whose teeth [wereof] iron, and his nails [of] brass*; [which] devoured, brake in pieces, and stamped the residue with his feet;

Thus he said, The fourth beast shall be the fourth kingdom** upon earth, which shall be diverse from all kingdoms, and shall devour the whole earth, and shall tread it down, and break it in pieces.

Below, Left: the Sea of Galilea with eastern of it the Decapolis of ten cities including Gadara. It is “harp shaped” – Psalm 49:4. The ten cities resonated with the five twin kings of Atlantis, including Gadeiros.

Below, Right: Athanasius Kircher’s Atlantis map, also harp shaped and mirrored,
west of Atlantis: Africa, east of Atlantis: America.
Mirroring, inversion, tsaphon are the keywords to identify Atlantis.
Both Plato and Athanasius Kircher could have only know these future Armageddon things
because they were inspired by the Python Spirit in Acts 16:16. 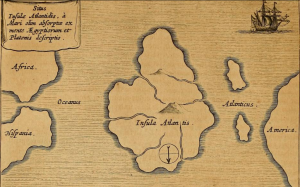 The Python Spirit aka serpent from Genesis 3, inspired both Plato’s Atlantis Epic and the Al Mansour design for a new Babylon we now know as Baghdad.

The city of Al Hillah / Babil is Iraq’s third city and is located on a side branch of the Euphrates. This branch divides the city in two. Hillah is thus ancient Babylon while the ruins of Babylon are a stone’s throw away. This city, according to Revelation 18:24, is the origin of all bloodshed and corruption on earth. We will not believe it, but this city will soon become the commercial world capital and the queen of all oceans. Photo credit: facebookgroup Hillah / Babil  [See pic]

Below: Al Hillah/Babylon on the Euphrates is the sunrise dimension of Atlantis while Atlantis itself was placed by Plato on the sunset dimension in the west. The entire trajectory from sunrise to sunset is indicated by tsafon in Jeremiah 1:13. In Revelation 17:1-5 we read that Babylon sits connected through the Euphrates in the middle of all the world seas. This sounds as Atlantis. Babylon is now Al-Hillah/Babil and according to Jeremiah 51:42, 55 a sea city.

Below: Ishtar Gate, Babylon on the Euphrates, will be transformed into Plato’s Atlantis, Zacharia 5:11. , pic Credit: https://www.facebook.com/Hillah.Babil 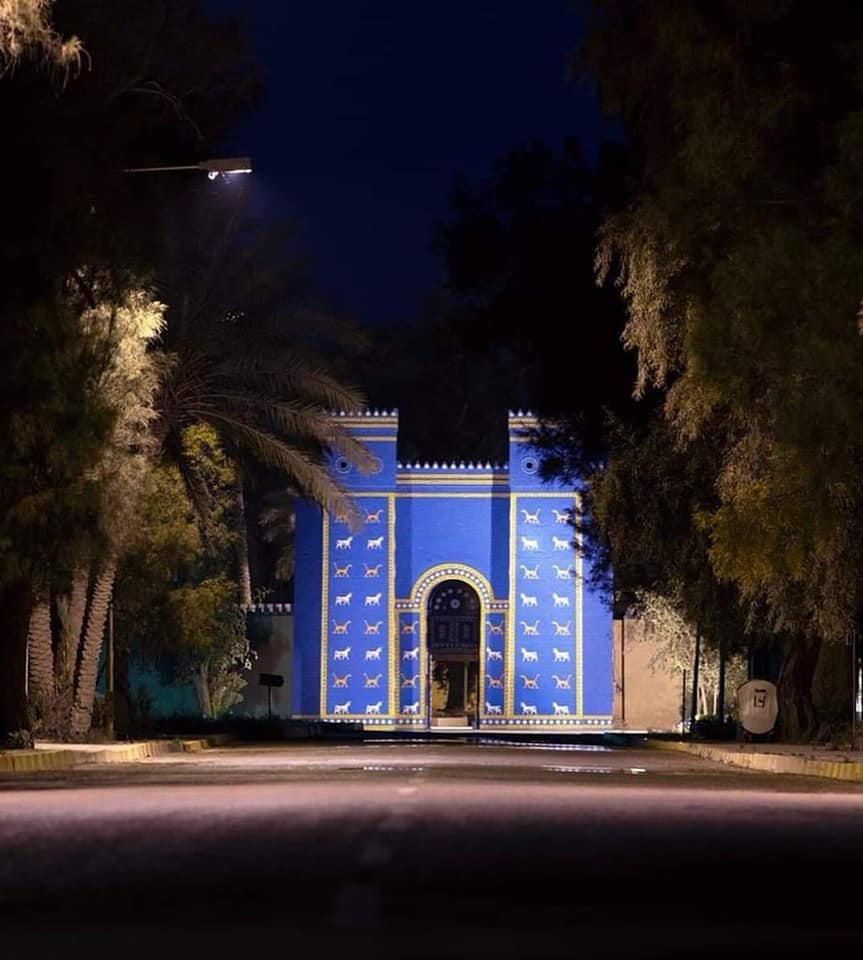 Below: Al Hillah aka Babil, will be transformed into Plato’s Atlantis, Zacharia 5:11. Pic, Credit: https://www.facebook.com/Hillah.Babil 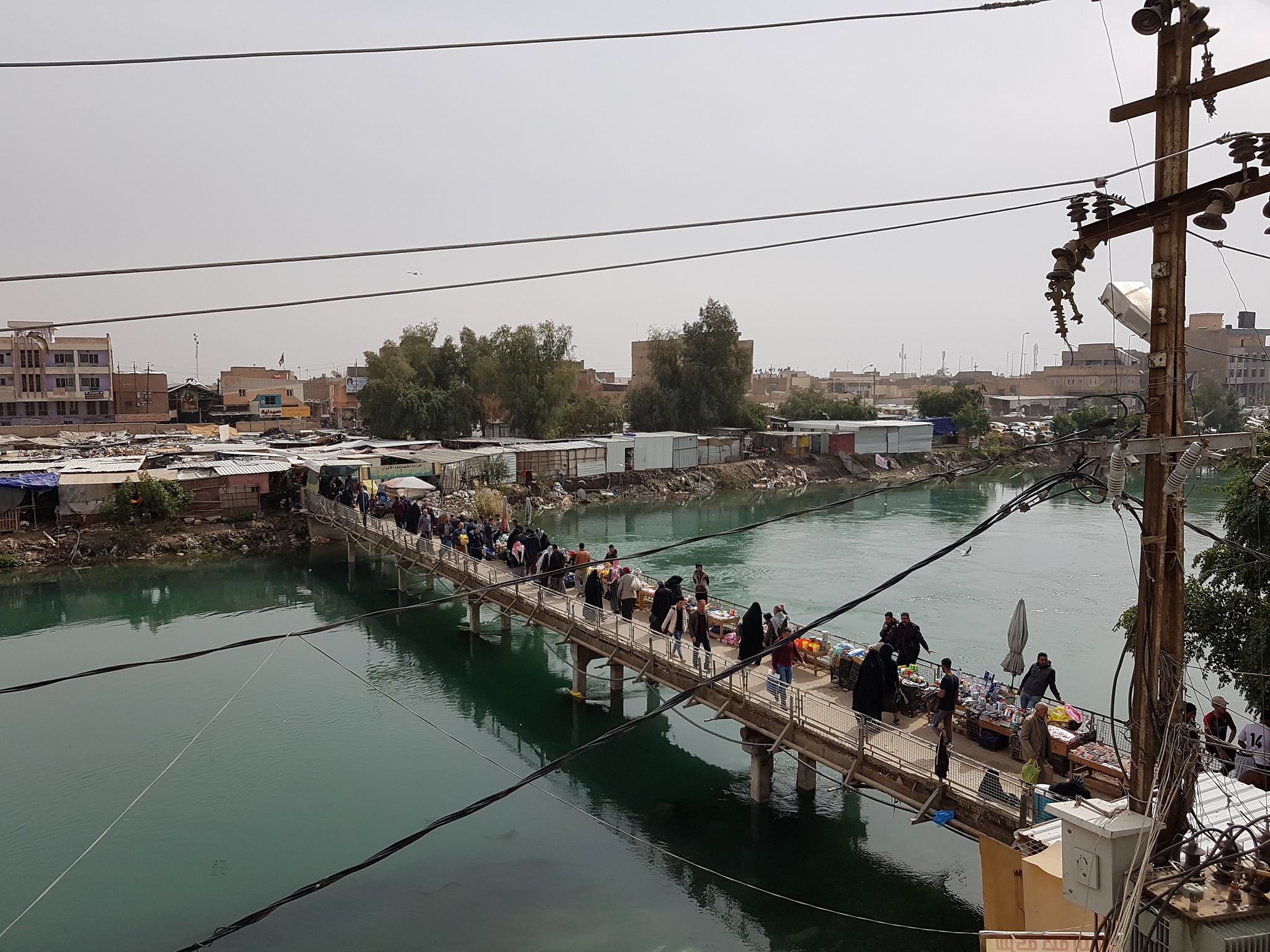 Both Pillars of Hercules and the five twin kings of Atlantis may indicate that Atlantis is a dualistic system consisting of both End-time Babylon and End-time Jerusalem. In Jerusalem will soon be the false temple of the antichrist/Poseidon. In 1 Samuel 5 he was Dagon. In addition, Jerusalem will also be flooded in the End Times. We read this in Daniel 9:26 and Revelation 12:15-16. Also, let’s not forget that the rebuilding of End Times Babylon is a Jewish project where the corrupt Jews place their assets in Babylon. We read this in Zechariah 5:11. Both Jerusalem and Babylon (and Rome) were build on seven hills. 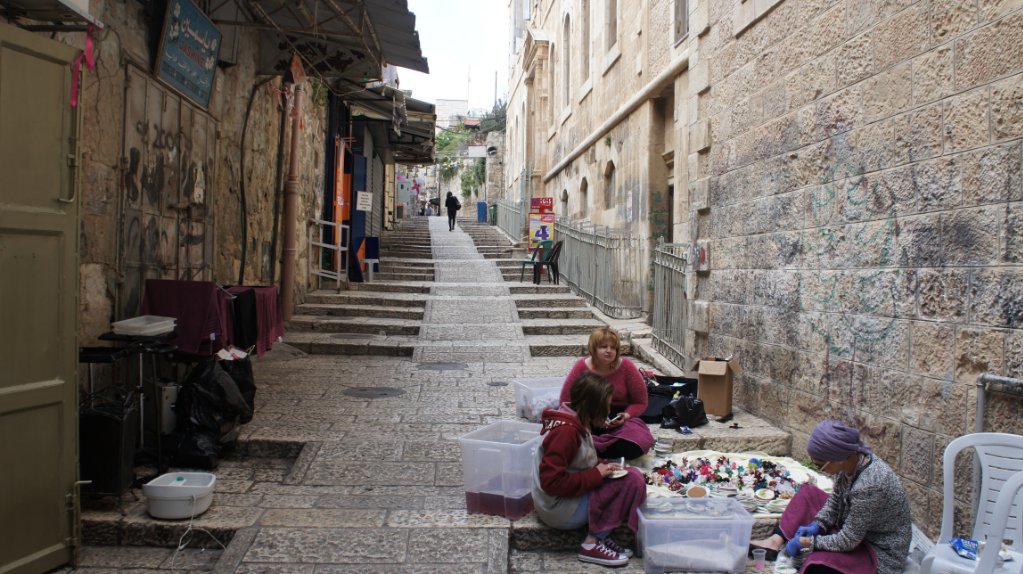 Below: King Atlas of Atlantis carried the sun on his shoulders (and not the globe). If we understand that Atlantis was mirrored in time and place from End Time Babylon and Jerusalem, then we understand that the Third Temple has something to do with the temple of Poseidon. While the rest of Atlantis takes place in End Time Babylon, the temple is located in Jerusalem from where Babylon is also ruled. Babylon is a Jewish project. In the temple you will see the sun sitting on a large pillar for around 40 seconds. In my opinion, this is the sun that Atlas carried on his shoulders. Zie: youtube.com/watch?v=Y5NprTBk3yk

Is the Haram Shariff in the heart of Jerusalem the surrounded place as mentioned in Revelation 11:2? Both the islamic Dome of the Rock and the Al-Aqsa Mosque that sit in the Haram Es Shariff were built on the fundaments of the former Temple of Zeus, that was built by Emperor Hadrian who also built the tempel in Baalbek, Lebanon. The true Temple of Herod was built outside the Haram Sharif on a hill that was the location of the City of David. The Wailing Wall is a remnant of the Roman Fortress Antonia. Both the pagan Haram Shariff and the true location of the Temple outside the complex form a dualistic Atlantis system in the heart of Jerusalem. This dualistic Atlantis was expressed by the Pillars of Hercules. As the prophet Muhammed was an expression of Zeus and Atlas. More about the location of the real Temple of Salomon and Herod: