Then there is more… The photos we see of our solar system do not show inhospitable plains, nor futuristic scenes, but rather very recognizable buildings and human-looking beings. A building on Mercury looks more like a Walmart than science fiction. On Mars we see a Gothic Bavarian castle in the Tenius Cavus area, a Roman aqueduct in Gale Crater, statues of the Greek idol Zeus (Bible: Baal Tsaphon, Exodus 14: 2) or buildings that resemble schools, industrial complexes or shopping centers. Many photos show mining in our solar system. Other photo’s show construction work on the moon, including cranes. Who are behind this? [Read more]

Quite a few photos show pets on Mars such as dogs and cats. The Martians seem to be surrounded by their many pets. A Jack Russell looked into the eye of the Mars Rover camera. How is it possible that the Earth and Mars are so alike and went through almost exactly the same history? With this caveat that “we” left the Cross of Golgotha behind us.

In the photos of Mars we see artist colonies, hippies and refugee camps such as in Gale Crater. Quite a few Martians look straight into the lens of the Mars Rover and have noticed us. We see also expressions of “steam punk” culture. And we see many religious expressions on Mars such as buddhist temples, mosques and even monks. Our robots spotted Aramaic writings on Mars. Aramese is the language of exile. Martha’s name in John 11:1 was Aramese. Is Mars Matha’s planet?

These photos challenge us to re-question our position among our colleagues on the neighboring planets. Quite a few photos of Mars show post-apocalyptic scenes. Then there are the photos of Martians mummified under a layer of mud. A comparison with Pompeii is imperative. Some scenes on Mars resemble online games or cartoons. We see Martians with “cartoonish” faces or riding oddity vehicles.

Not JPL in Pasadena but the resurrection of Christ will be the starting point for our planetary research. The resurrected Christ is the greatest difference between us and the rest of the universe. This starting point is essential to indicate other civilizations. When Hernan Cortez landed in Mexico, he found a high but technologically disadvantaged civilization. We find on our turn a civilization on Mars that is technologically at least at our level and has our latest fashion such as a hair bun in men. One thing they don’t have and this is a messiah who rose from the dead and now sits at the right hand of our Father.

Who are the monks or Mars?

The question lingers: who are the monks on the Mars photos and what is their mission? [More] Are they paranormal apparitions captured by the Mars Rover? Remember, the vision on the mountain in Matthew 17 appeared to be real. Or are we dealing with real beings and will we explain the pictures in a different way? Are all religions including official Christianity part of a universal Baal worship that we find all over the universe?

How could be a coincidence so big that our Mars Rover in Gale Crater photographed none other than Santa Claus and Black Pete who also openly embraced each other? As if things had been staged on Mars to promote a dualistic look.

Black Pete was also spotted on Pluto by the New Horizons robot under the name Lorri Rider. A buddhist Yin and Yang symbol was spotted on the Saturn moon Iapetus. Is our solar system, if not the universe, burdened by a “Santa Claus and Black Pete” dualism at the expense of the One God whose son is the only mediator?

One thing is certain: there is no going back. The Martians have spotted our robots and certainly the inhabitants of Venus and the Moon too. Another photo from Mars showed an astronaut who was visibly smaller than Earthly humans. Where did he or she come from? Our view of our own place in our solar system is due for a thorough overhaul. The resurrected Christ will once again be the only point of departure from which to interpret new discoveries.

An ultimate deception lurks. Do the civilizations on Mars and the other planets claim to have their own version of a messiah who rose from the dead? Biblically this is impossible. The first task is to unmask such a deception in order to better interpret both our own position and that of other civilizations. My book touches on existential questions that have never been asked before.

Why do the photos of our solar system show so many religious scenes often related to dualism? The images we see of Mars appear to be a targeted DDoS attack on Paul’s gospel.

Is someone “out there” provocating our theology by suggesting that every planet has its own messiah?

What went wrong on Mars? Who molested the Martian civilization and where have the bad boys gone? [Read more]… How long will they spare our earth? (Until the Body of Christ is snatched away?).

All three of Noah’s sons are on Mars: Shem (Emirates), Ham (China & Japhet (USA). Israel is missing. This reminds me of the Tower of Babel. Is Mars the modern Tower of Babel and the D&M Pyramid in the Cydonia region the modern Tree of the Knowledge of Good and Evil? Does this D&M pyramid teach us that not the resurrected Christ but an initiated knowledge saves the creation from impermanence? Or do the Martians have their own version of a messiah who rose from the dead? This would be the ultimate deception because Jesus had only died for our sins once. 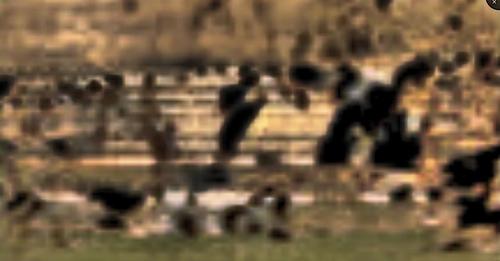 We live in an age of miraculous discoveries in time and space. According to some, theological ideas are discarded by this, but you can also see it as the greatness of God being revealed. And so again our idea of Christ. When we look at the images of Mars (Cydonia?) we are in awe of Him as much as the disciples were on the lake then when He called the storm to calm. 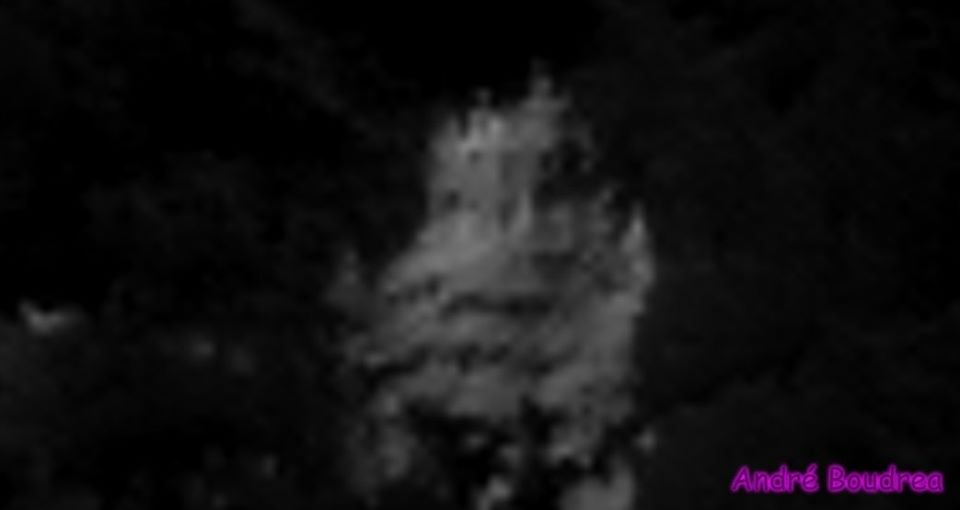 If this structure were related to similar structures on earth, it would probably be European. The Russian castles tend to have thinner turrets and often “onion”-shaped tops. English and Irish (Norman) castles tend to be more rectangular. The Martian structure looks closer to German or French (chateau) examples. It would be a later style, not so much for defense as for show. It looks like a hilltop type. So, I would say it could be called “gothic Bavarian.” If it were on earth.

But I suspect the story is more complicated than mere style. Since, as far as we know, Europeans never tried terraforming Mars, we must assume that this structure was built by indigenous Martians or, more likely I think, space traveling aliens. If it were indigenous, we would expect there to be other examples. If, instead, space traveling aliens came to Mars, they may have tried to settle in one place, as a test, building just one structure, but then leaving for some reason.

I suspect that is the case. The visitors to Mars would obviously have a high level of technology, but they would want to build quickly and efficiently. So they wouldn’t take the time to carve stone or bake brick. Instead they might have used Martian soil, which comes from weathered volcanic rock and no organic matter. It has clay and silt-sized particles, so the builders could.

The low strength of this material would help explain the arches used for the large openings at the bottom. The square openings at the top must be built smaller because the material cannot bear long, straight spans. The rammed earth construction has a high thermal mass so it can hold heat, which was probably some sort of radiant-energy system, since they would have no wood.

This is not a defensive structure. It is “representational” architecture, meaning its presence is as symbolic as it is functional. It means there was some social hierarchy, with a royal family or some other ruling group housed in this castle and a small village of more modest structures. The towers have decorative tops, which also may have incorporated some communication system. The complex volumetric organization suggests a sophisticated program, which probably included various domestic or religious rituals. It is all very interesting.

Below: broken statue of Zeus on Mars. In the Bible he was Baal Tzaphon, the Lord of the North, which was Babylon, read Exodus 14:2. Mars is covered with broken statues. This smells to iconoclasm and religious wars. 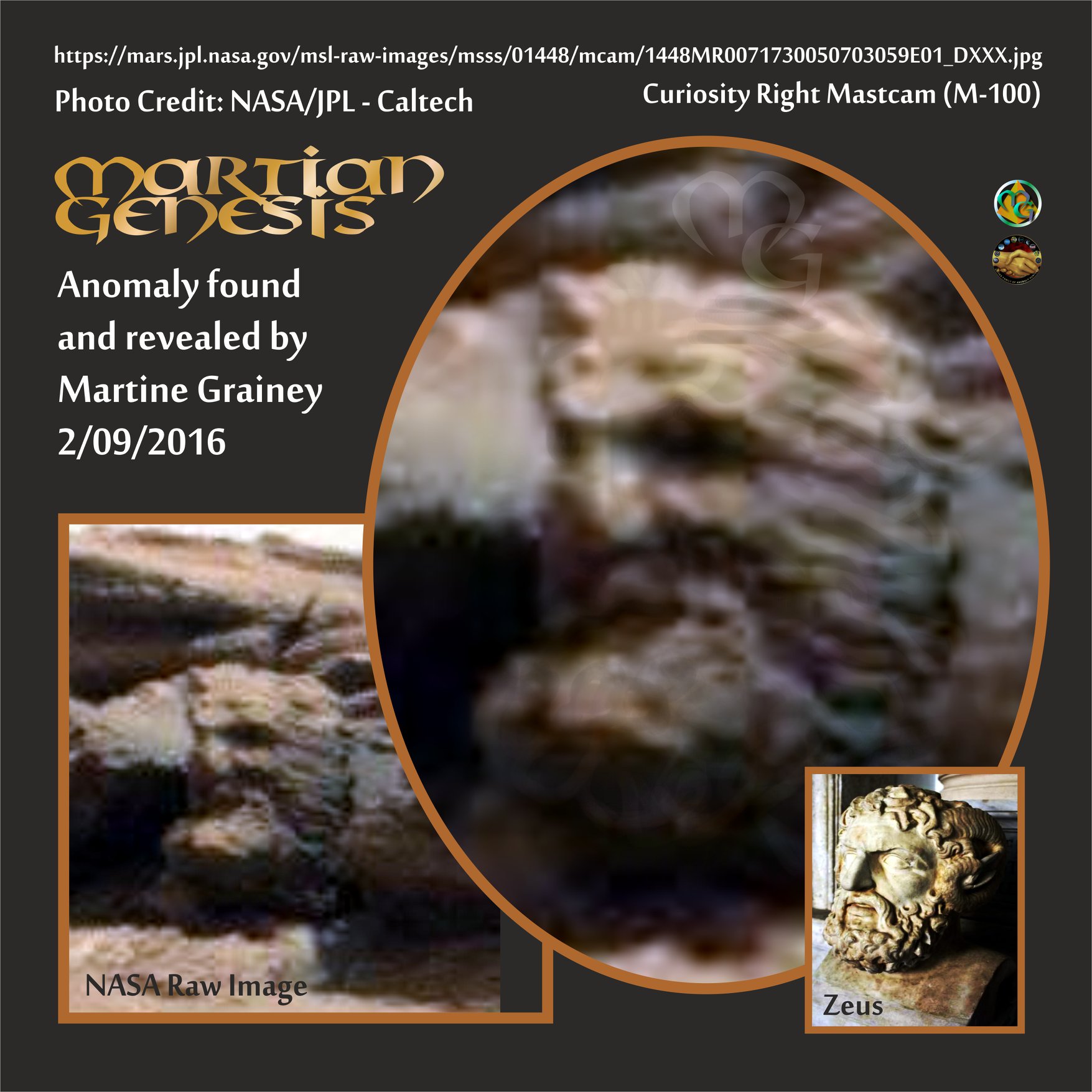 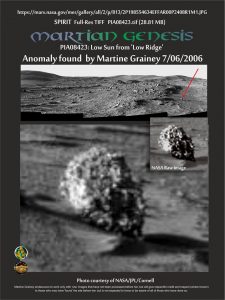 A guy on a scooter on Mars

Small guy on a scooter 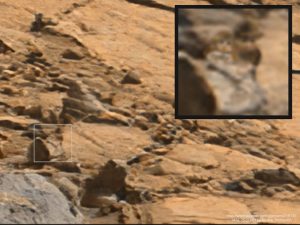 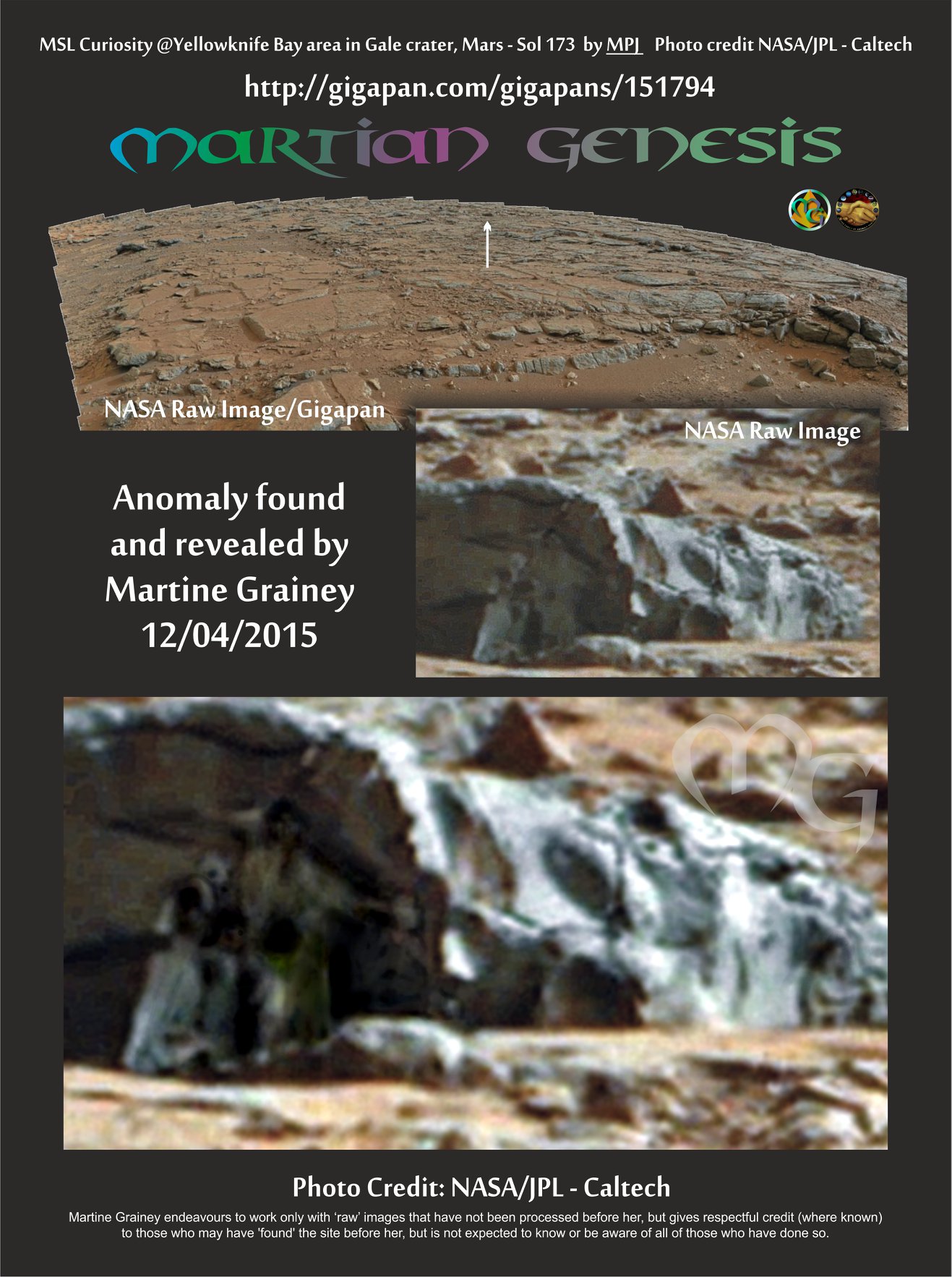 Father protecting his family from the Mars Rover. The lady looks like a muslimah, the rocks behind them could be tents so that this is a refugee camp in Gale crater. To the right someone is sitting there. Credit Martine Grainey

Muslim family? in Refugee camp? To the right someone is sitting on the ground. The man is watching the Mars Rover 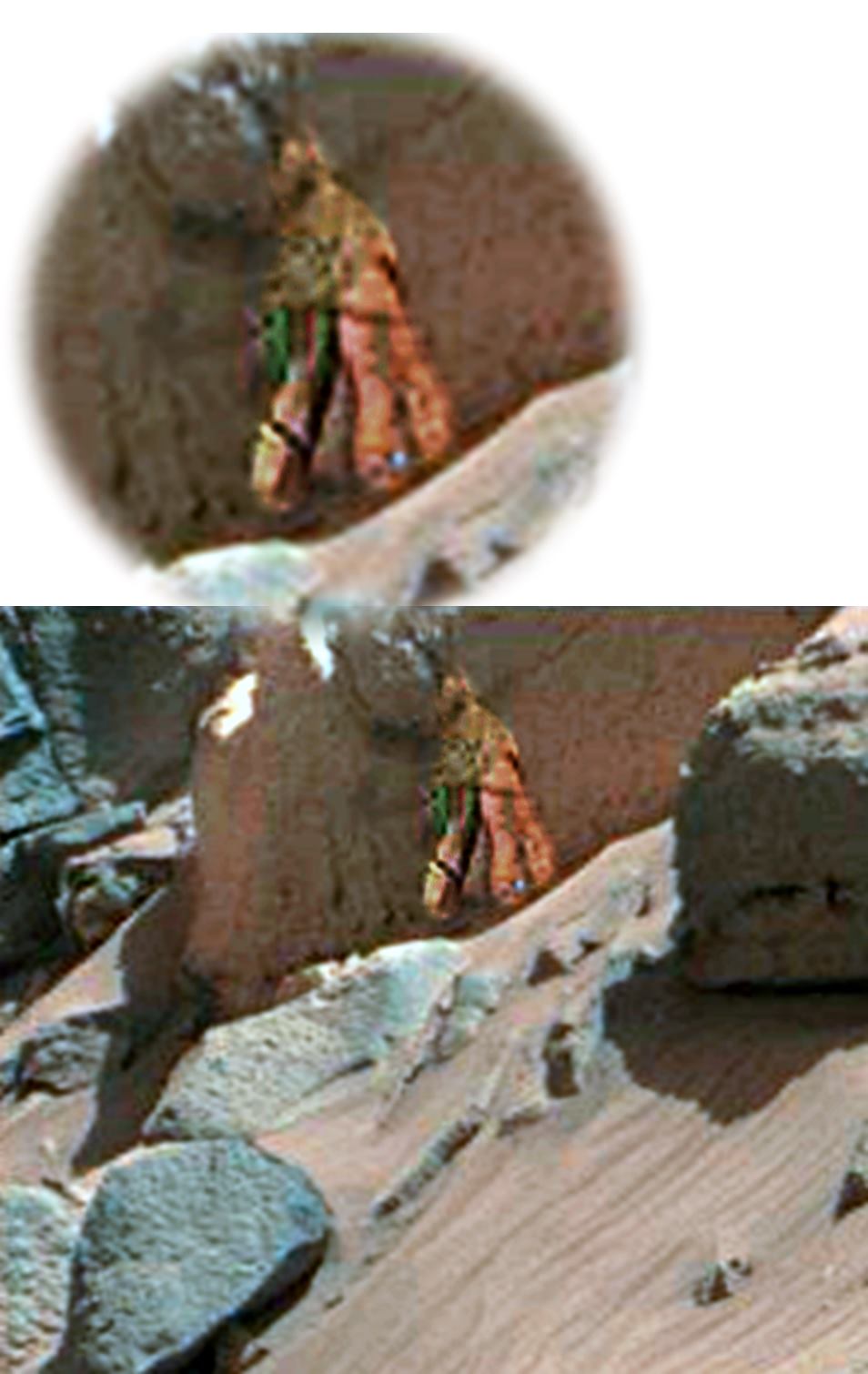 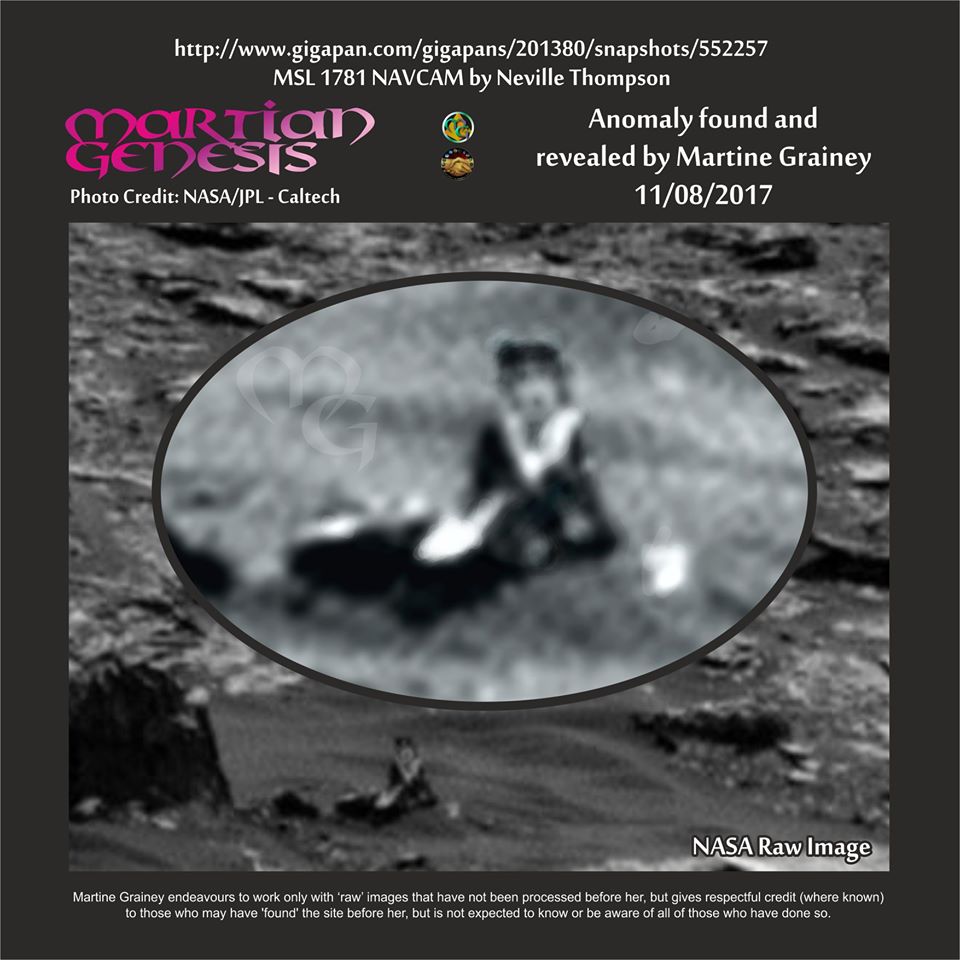 Hello cow girl in the sand

Young “Mary Poppins”woman sitting on the ground, wearing 1920’s fashion. She is watching the Mars Rover 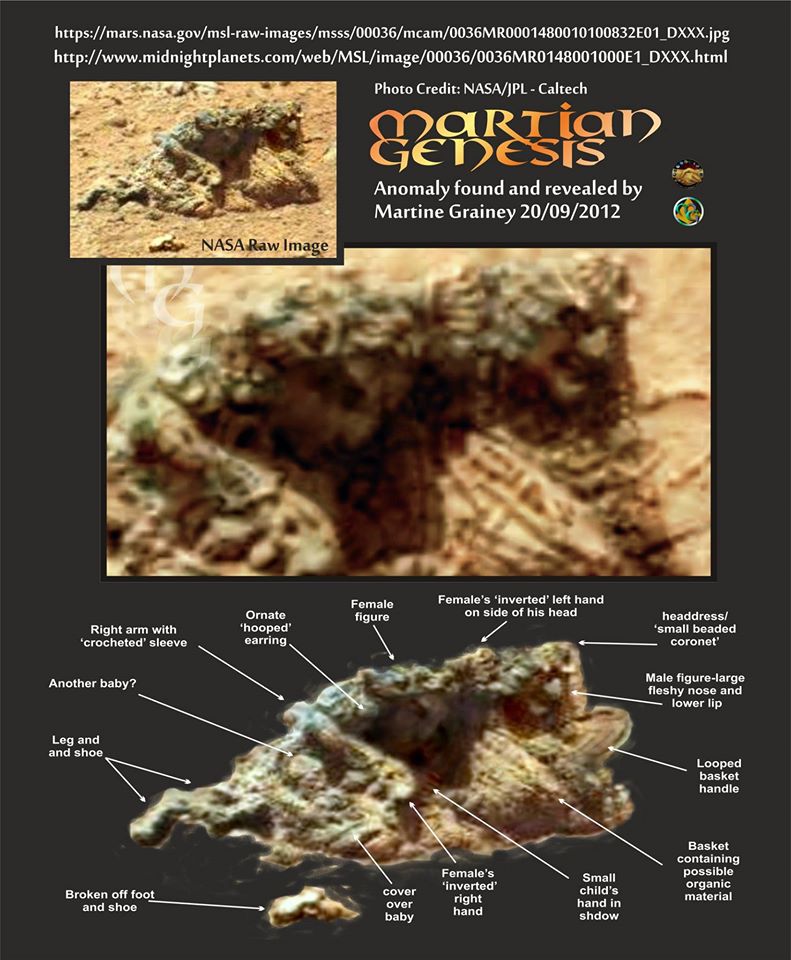 Mummified Martians under the mud brings back memories of Pompeii or Sodom & Gomorrah.
Aliens attacked Rusiian soldiers and turned them into stone. Did the same happen on Mars?
https://unknownboundaries.com/wp-content/uploads/2021/05/C05517761.pdf 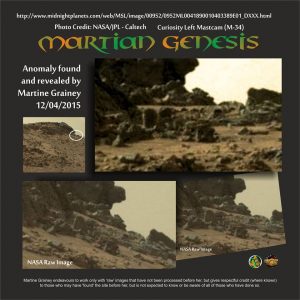 A Roman aqueduct on Mars 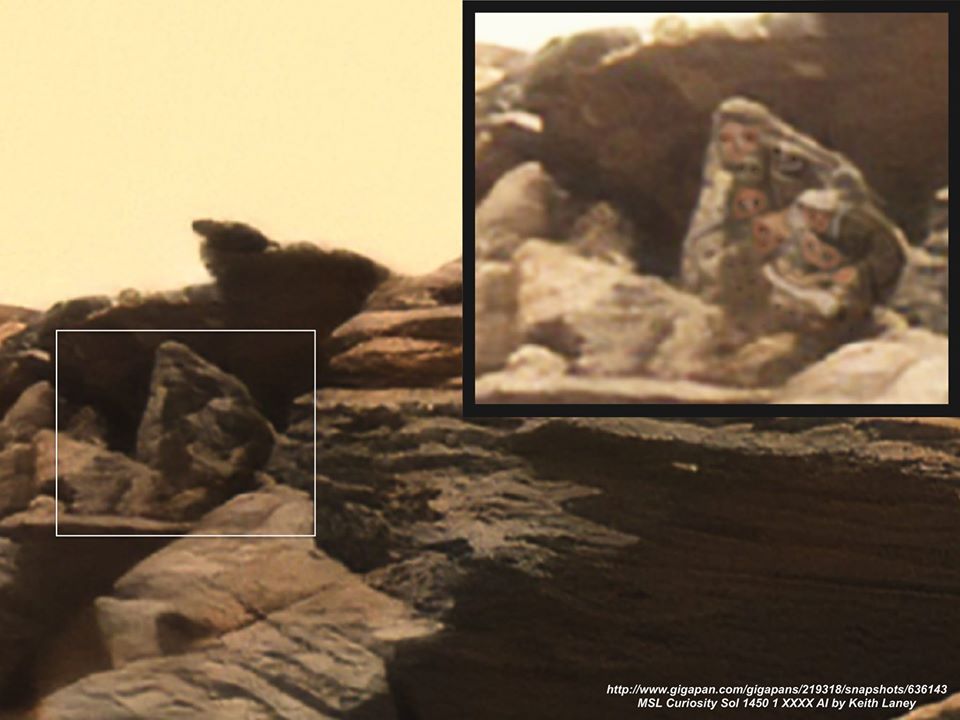 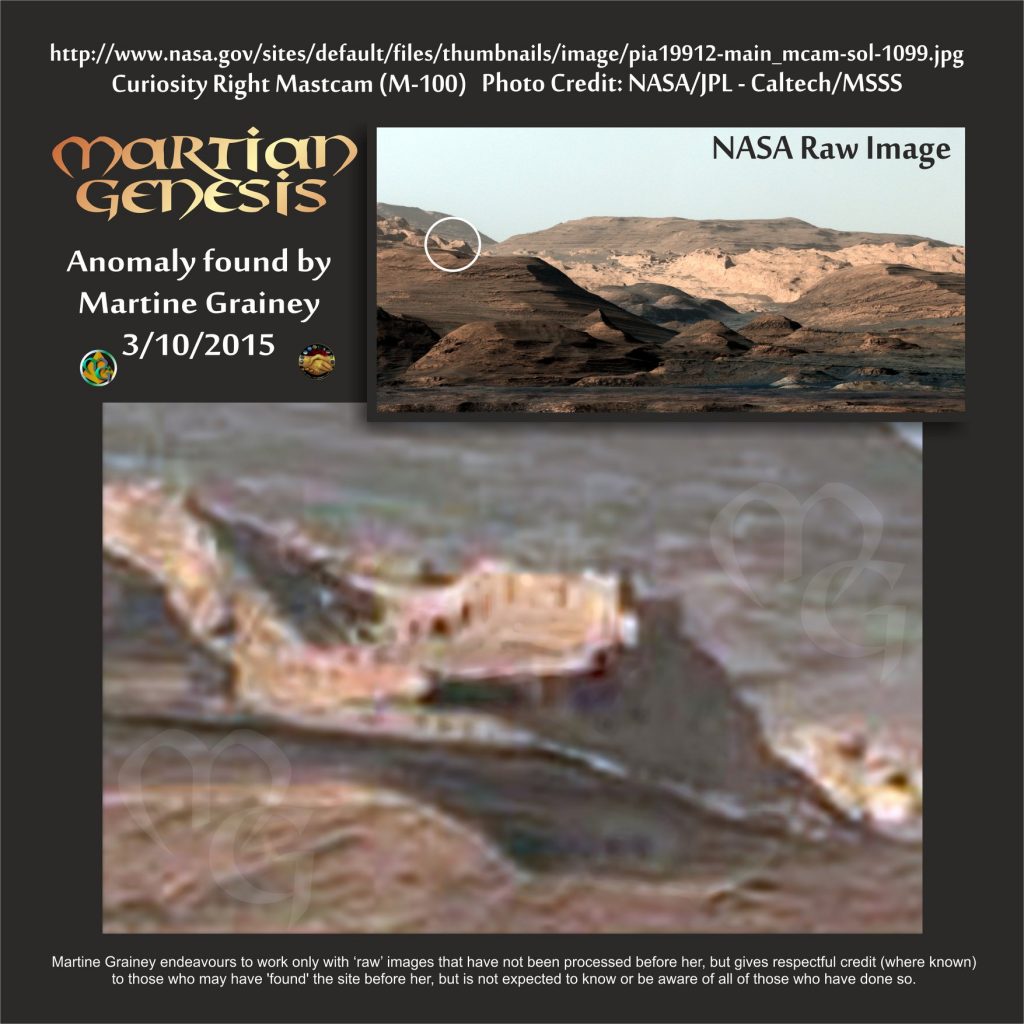 Fortress or Chinese Wall on Mars 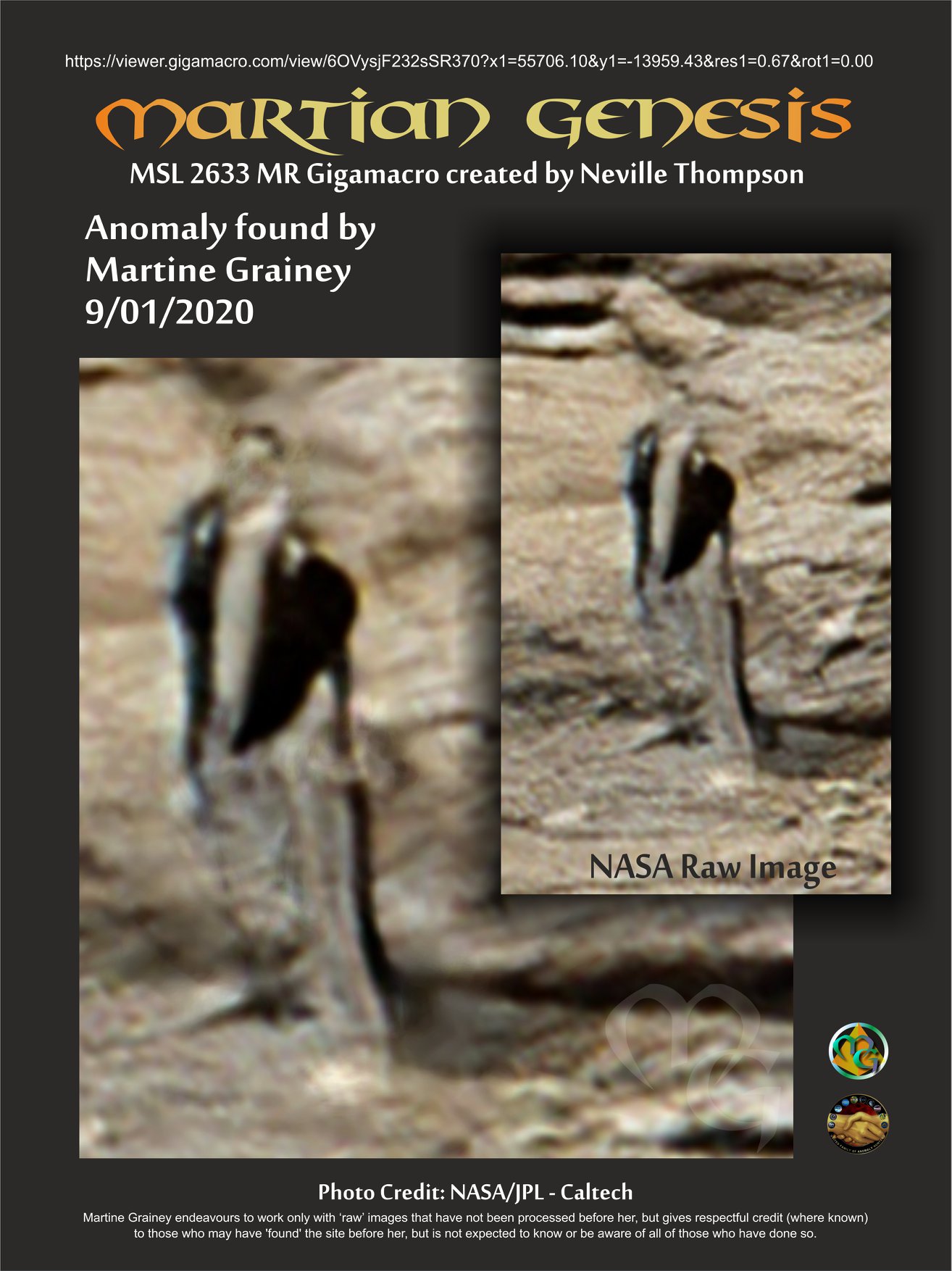 Tall guy standing on Mars, with a kid standing close to his left leg, or… is it a transparent penguin? 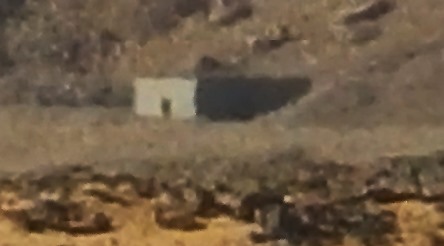 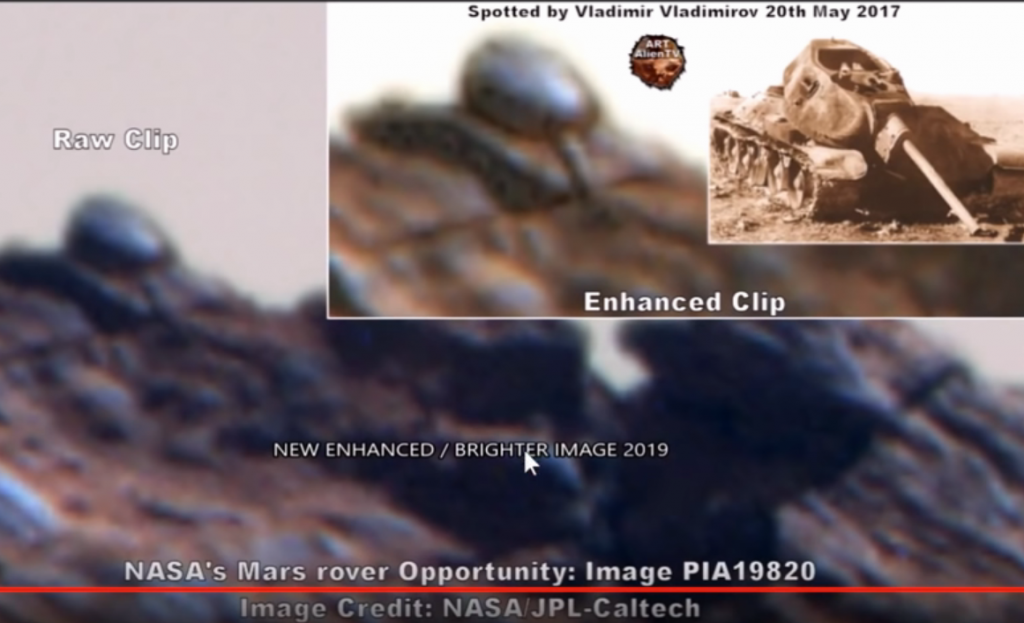 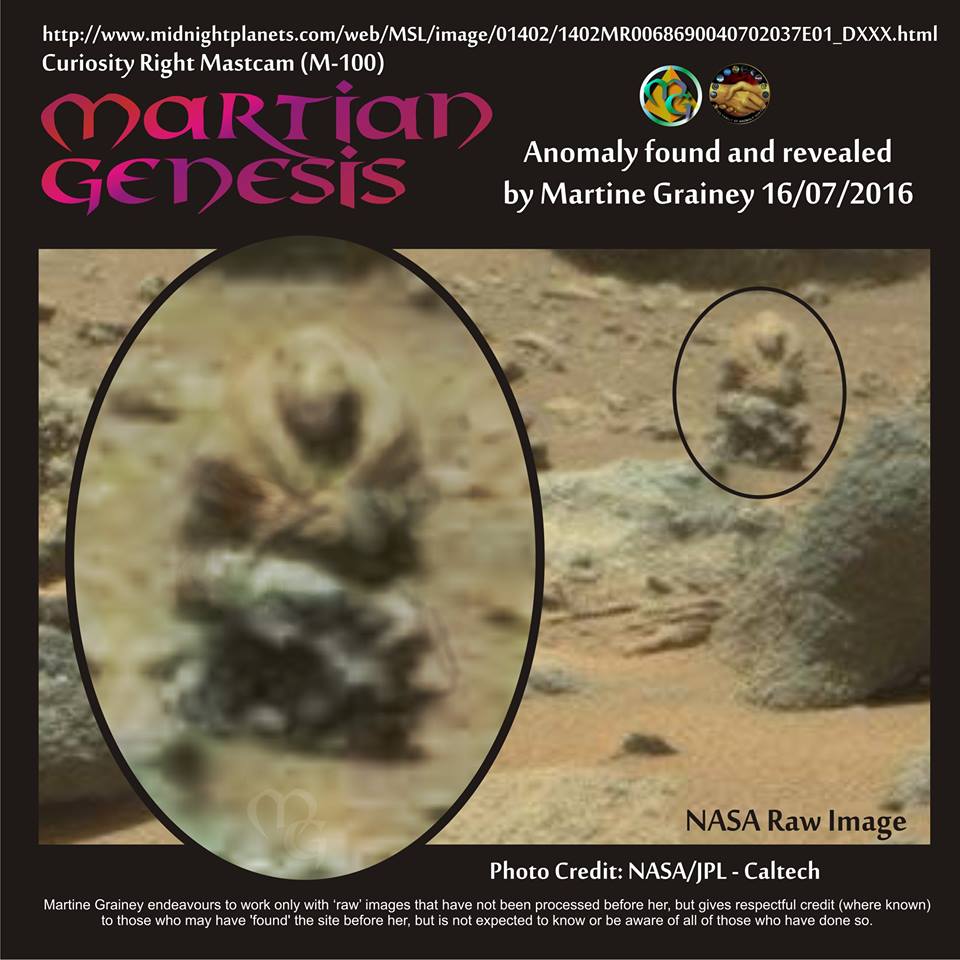 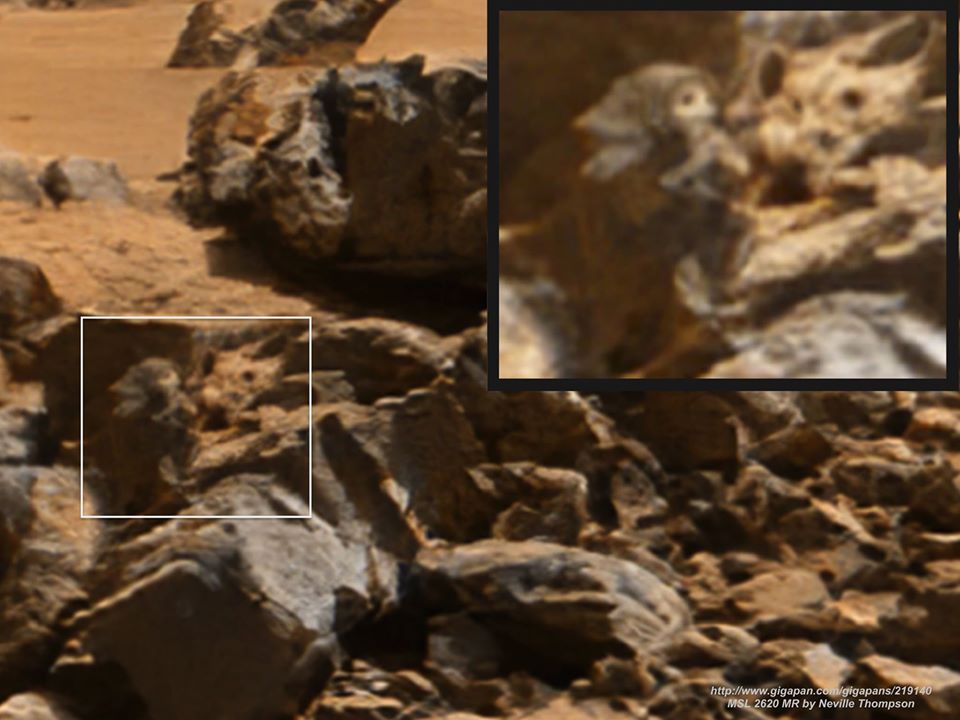 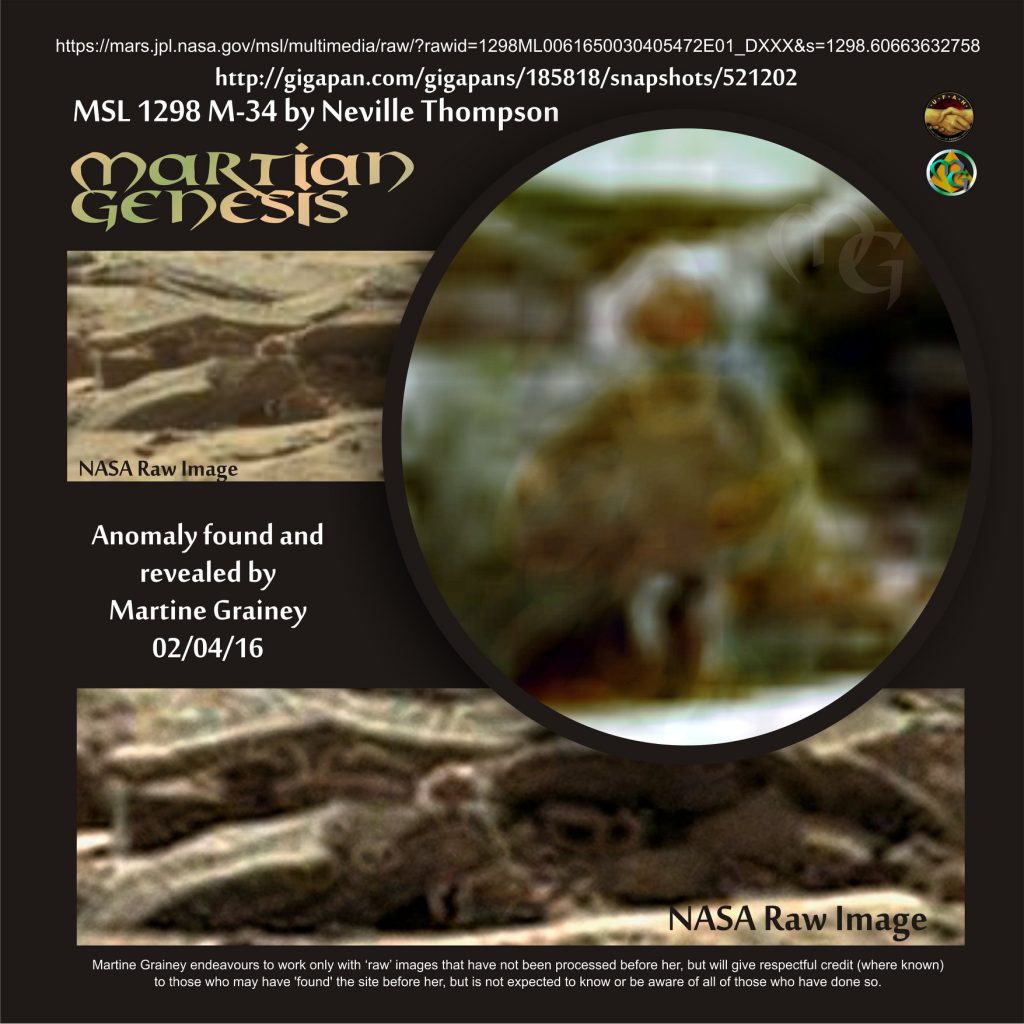 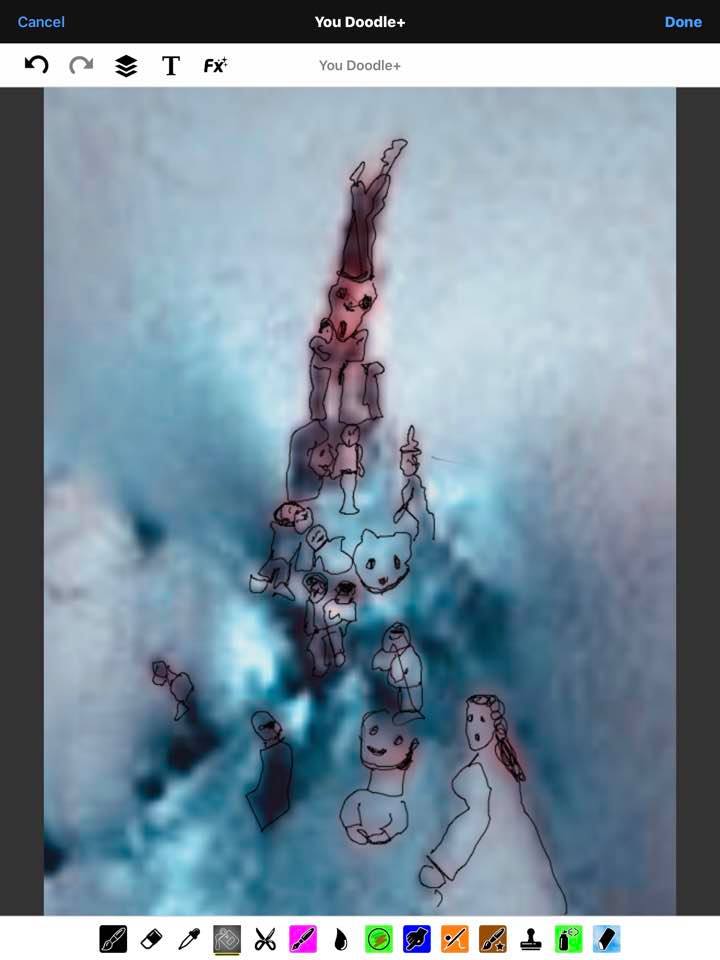 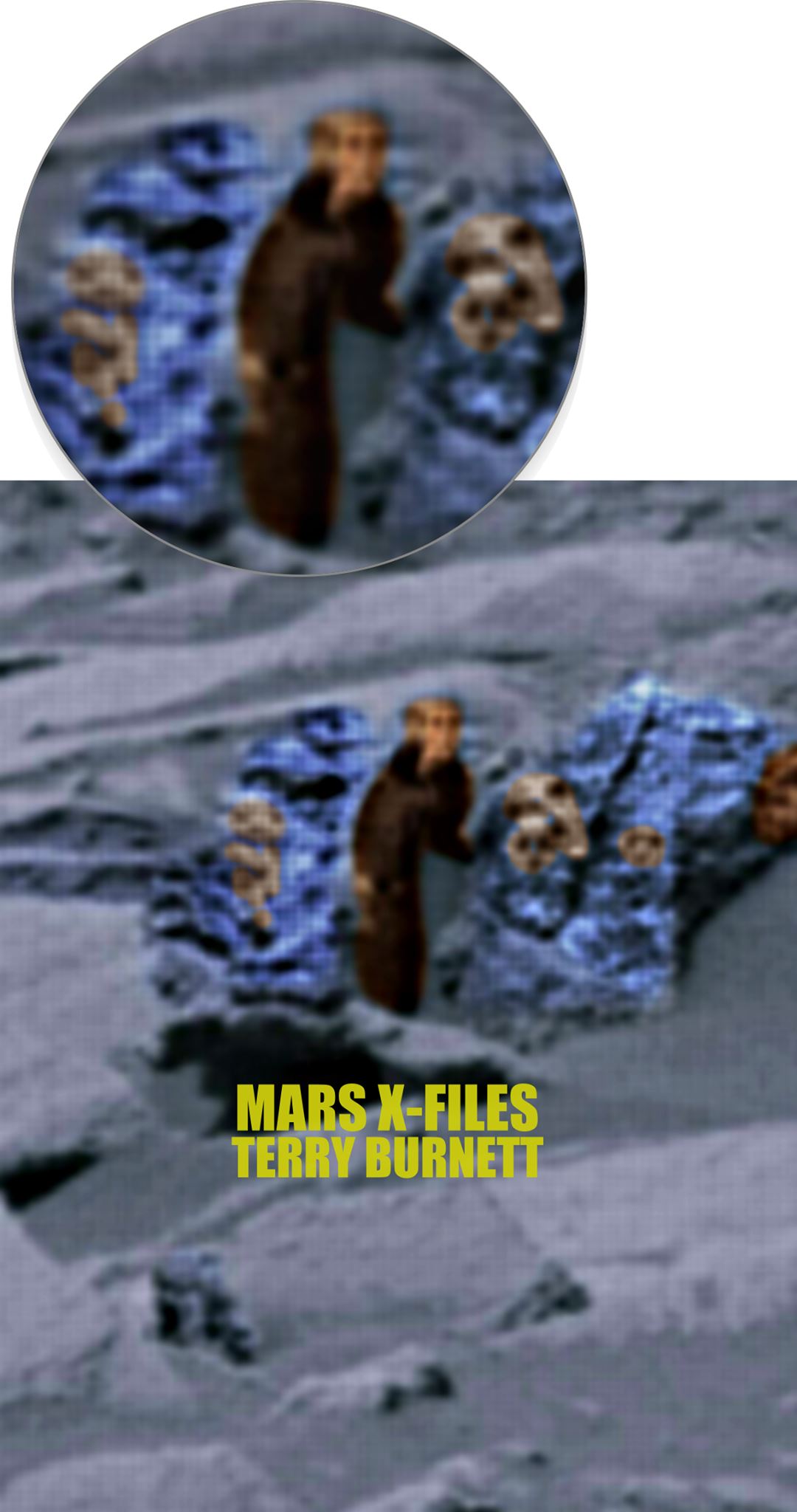 Monk on Mars, credit terry burnett, or… Gargamel of the smurfes, a wizzard?

Below: Building or row of houses on Mars 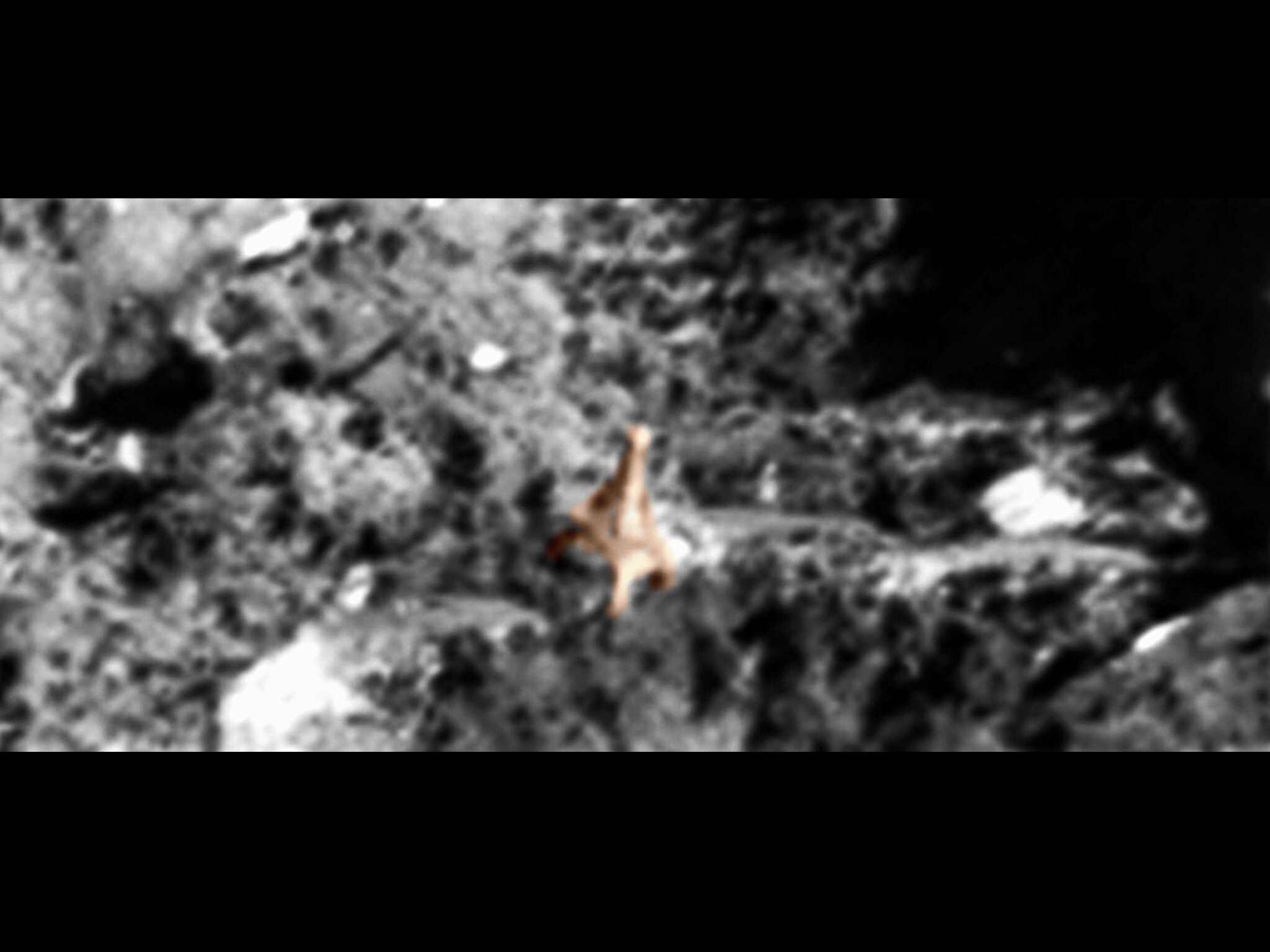 Above: Eiffel Tower on Mars 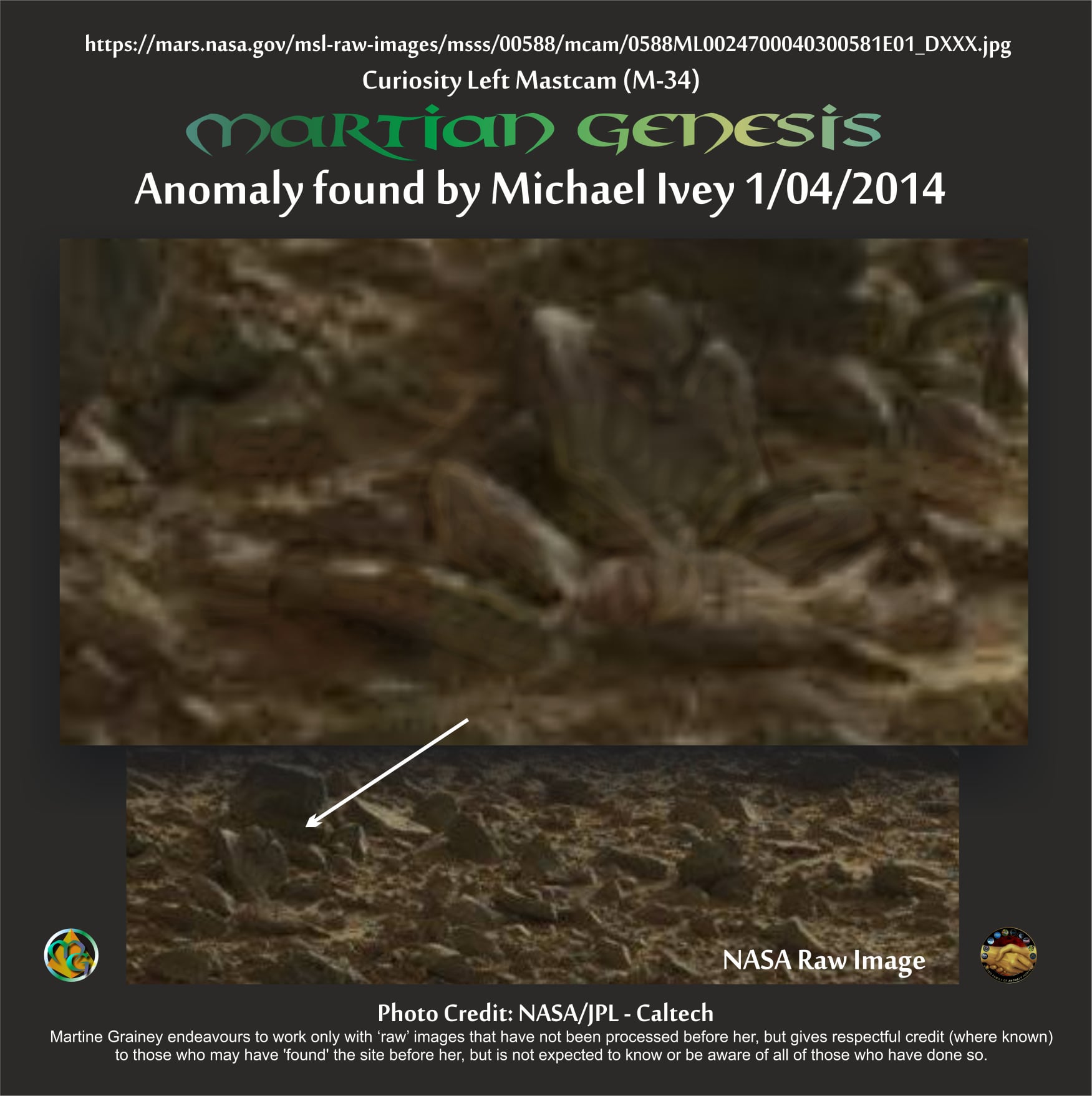 Above: creepy Mars, is this the reason why Nasa keeps being silent on Mars? 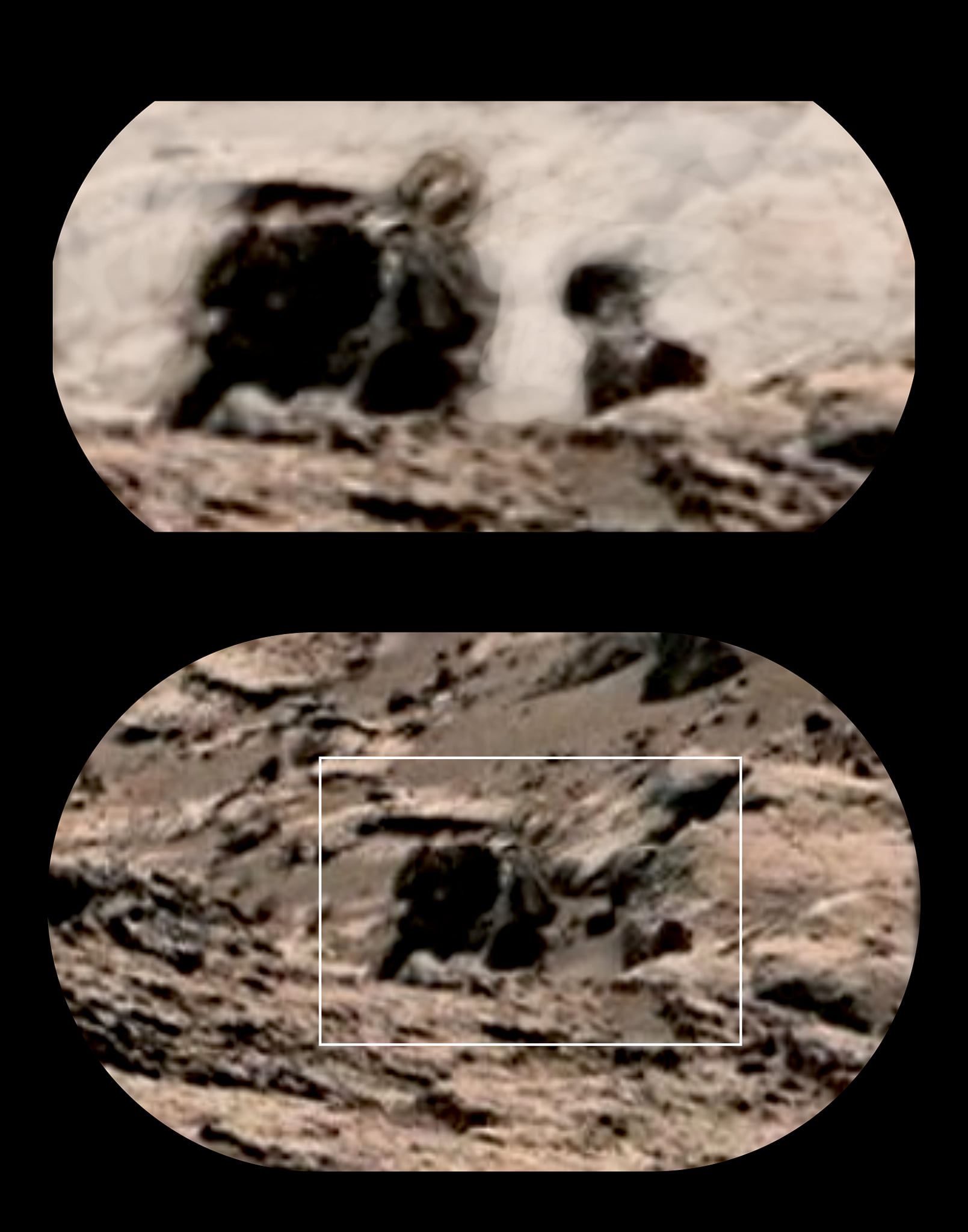 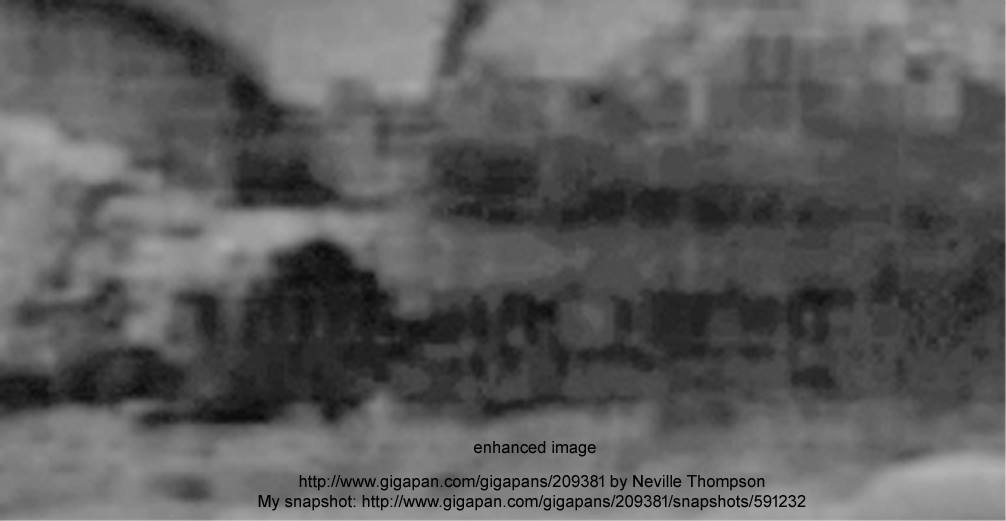 Row of houses on Mars, one can clearly see an entrance and windows